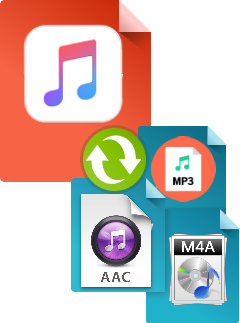 Apple Music is a revolutionary streaming music service, including streaming music downloads, streaming music stations and streaming music services. Subscribers can choose to send songs intelligently, listen to global radio stations 24 hours a day, and the app can intelligently recommend music based on the scene in which the user is located. This platform also allows artists to upload music, photos and information to enhance communication with fans. Apple Music currently supports iPhone, iPad, iPod Touch, Mac, PC, Apple TV and Android phones. Apple said “more that 100 countries” will have access to its music-streaming/social/radio platform when it launches June 30. 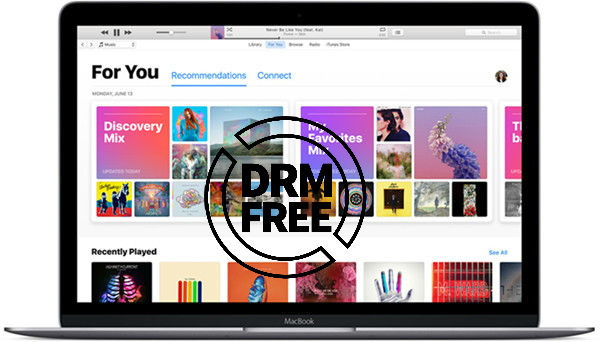 With Apple Music, users can listen to previously purchased songs and about 30 million tracks in the Apple Music Library. According to Beats Music's convention, Apple Music has a "For You" section, and the song list editor can provide personalized albums, new songs, and playlists in the section according to the user's preferences and listening habits. . The service also integrates the Siri voice assistant, which can be used to listen to the songs ranked first last year in just a few seconds.

Apple Music is offering new subscribers a 3-month trial for Apple Music on iPhone, iPad, iPod Touch, Mac (in iTunes), PC (in iTunes), Apple TV and Android devices for free. This normally costs $9.99 per month for individual, after which the $ 9.99 / month membership fee will apply. This will also be a family plan, in which only six family members will be available for $ 14.99 / month. If you're a student at a degree-granting university or college, you can join Apple Music for 50% off your subscription for up to 48 months (4 years), in other words, students can subscribe at the discounted rate of $ 4.99 / month. The time does not need to be continuous. 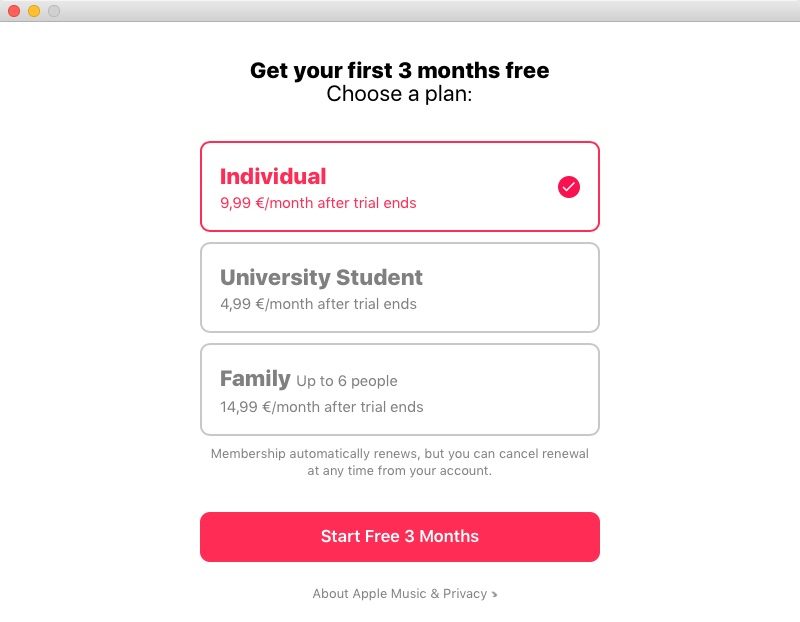 After subscribe from Apple Music streaming music service, you can download and enjoy Apple Music on an authorized device (iOS, Android, PC, Mac and Apple TV) online. But, after ending of the 3-Month’s trial period, or unsubscribing from Apple Music, you are not allow to play any Apple Music tracks that you've added or downloaded to your library from the Apple Music catalog. Besides, you cannot get access to the added Contents in your iTunes library or Apple Music app, and you will be skip-limited when listening to Apple Music radio stations online.

Apple Music Not Playable after Unsubscribing

How the Apple Company Protect the Songs on iTunes Store

How to Keep Apple Music Forever after the free trial?

If you want to get the DRM free version of Apple Music songs, you can use a third-party Apple Music DRM Removal or Apple Music to MP3 Converter to remove the DRM from Apple music files and convert the M4P files to MP3. This is the best way to make Apple Music songs playable on any devices after 3-Month Free Trial without Paying(save money).

Follow the steps below to download and convert Apple Music tracks and playlists to MP3 or M4A files, you can get the Apple Music songs as local audio files for keeping them forever. It’s easy and fast. 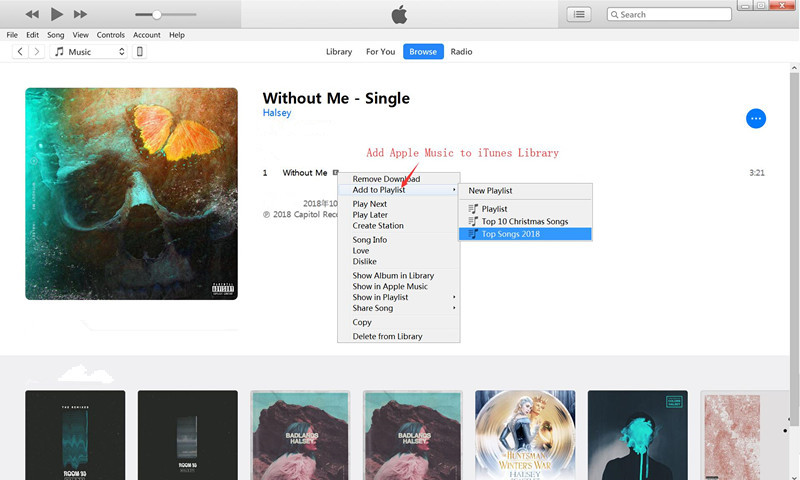 Launch Apple Music Converter and iTunes will be opened as well, the program will loads entire iTunes library including Apple Music tracks and playlists and music videos, as long as you added them to iTunes music library before. 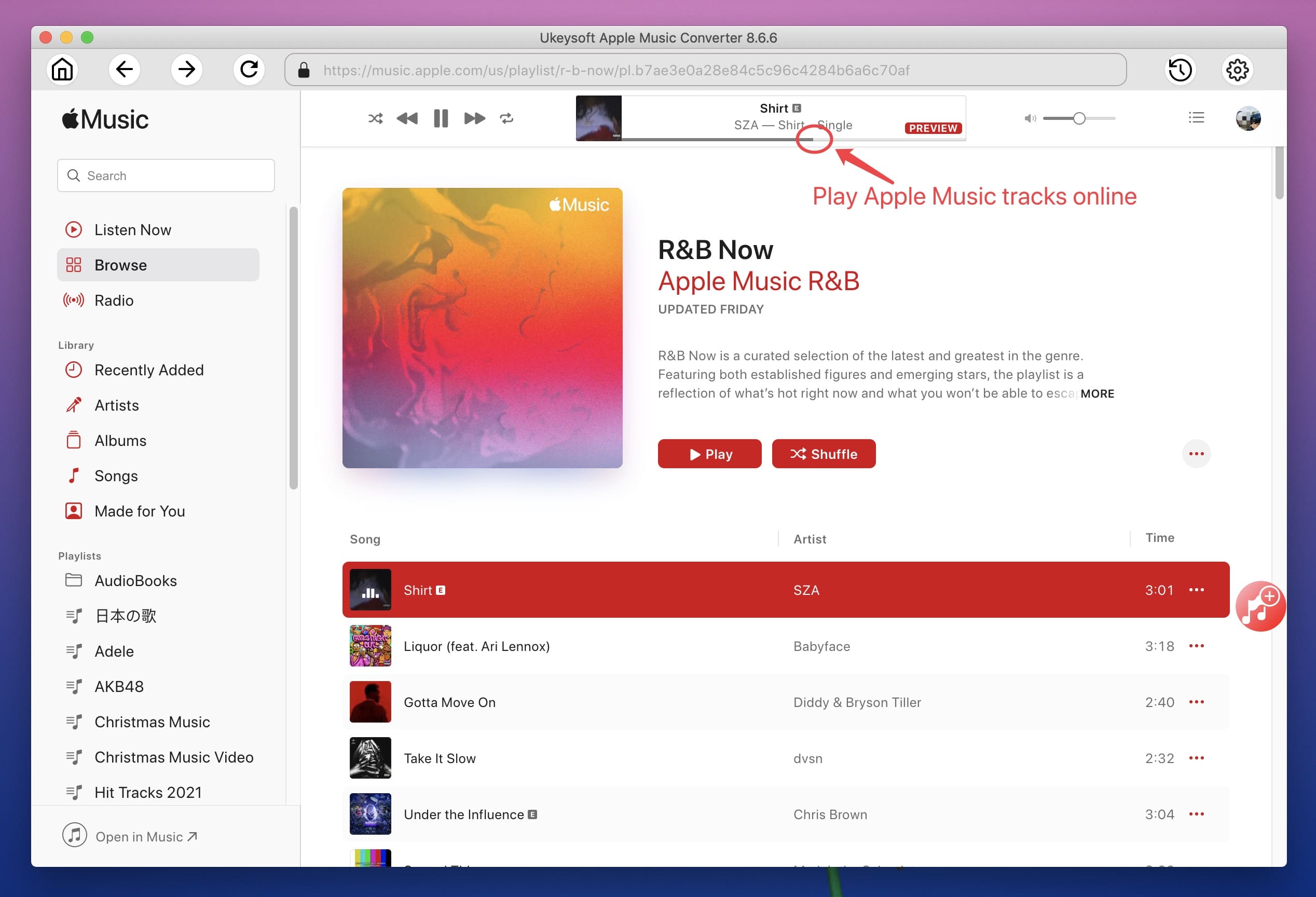 Since all your iTunes library will be loaded into this program, you can preview your Apple Music songs on the "Playlist" section, just click a playlist in the left panel and tick the checkbox to select the songs you want to convert, or tick the top checkbox to choose whole playlist. You can alsouse the search function to locate your favorite Apple Music songs quickly. 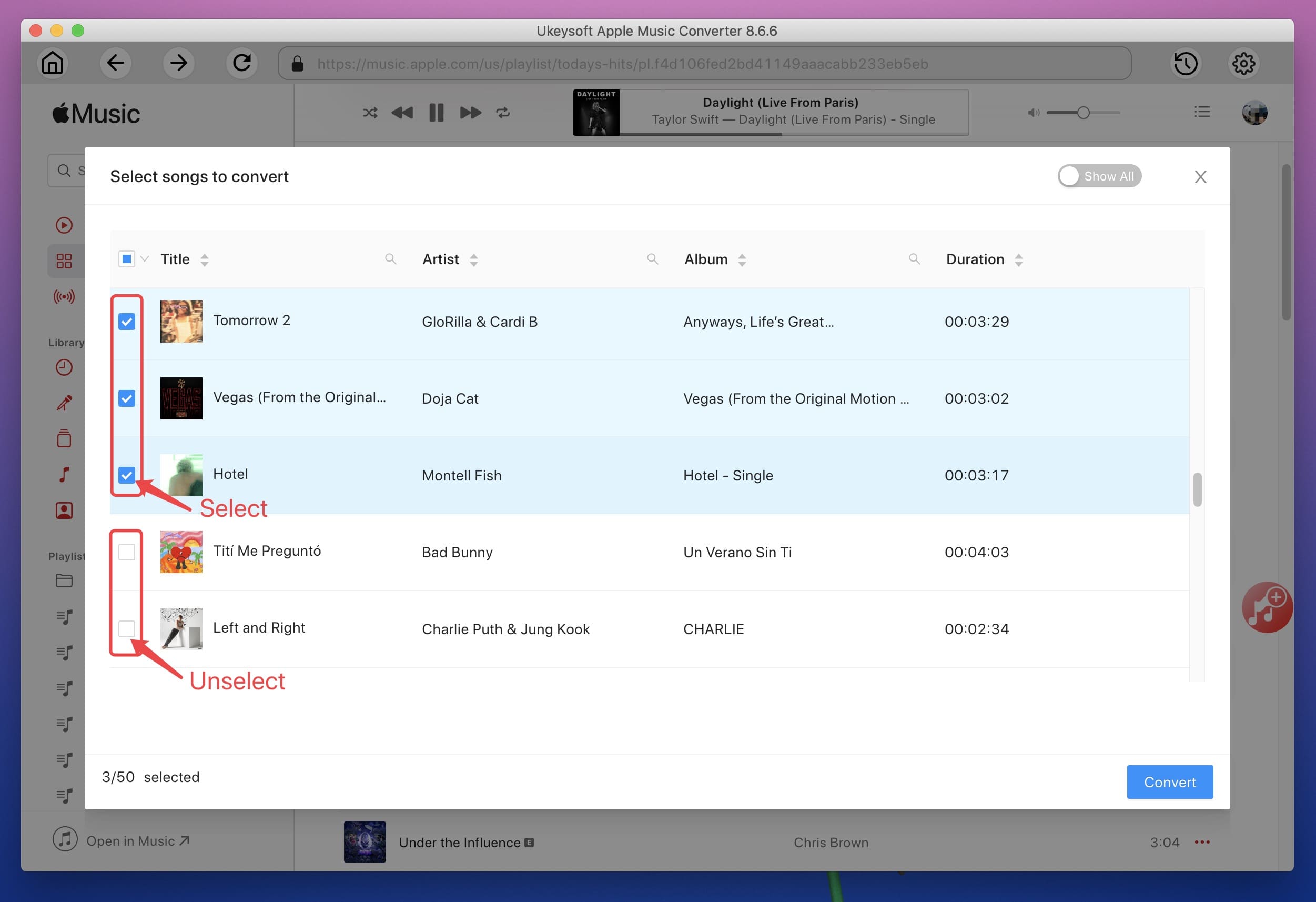 Select a output format you want on the "Output Settings" section, the program can convert Apple Music files to MP3, M4A, AC3, AIFF, FLAC, AU and MKA formats. For general usage, MP3 or M4A is compatible with most devices. You can also choose other output format depending on your need.

Tips: After converting process complete, the ID3 tags and metadata will be preserved in output MP3 or M4A files, so don't worry about losing the title, artist name, album name, genre or album artwork of the song. 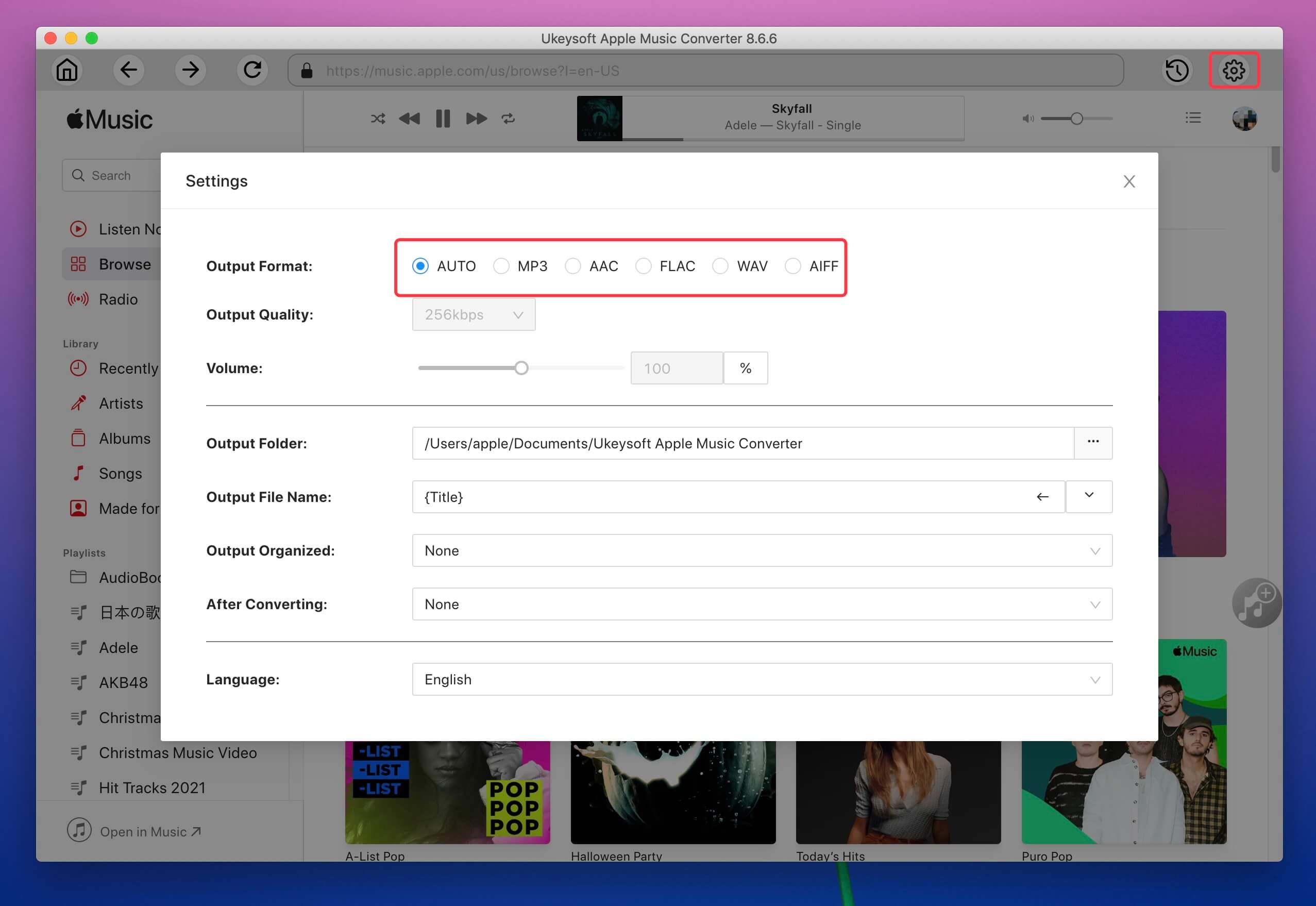 Simple click on "Convert" button start to convert the selected Apple Music songs and playlist to MP3 format,the program will remove the DRM protection during the conversion process. 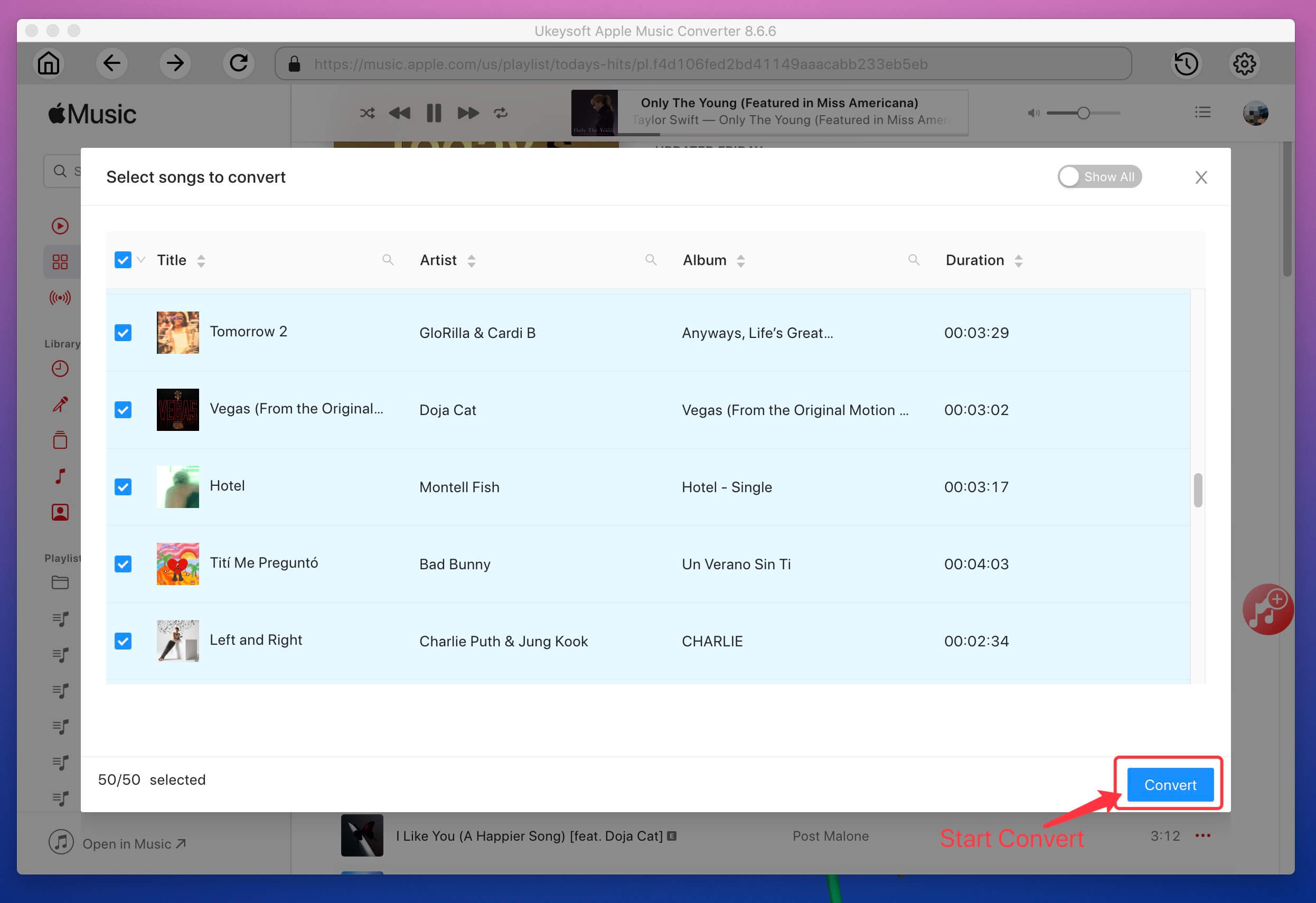 When the conversion complete, you will get the DRM -free Apple Music and iTunes songs as the program performs 16X faster conversion speed. 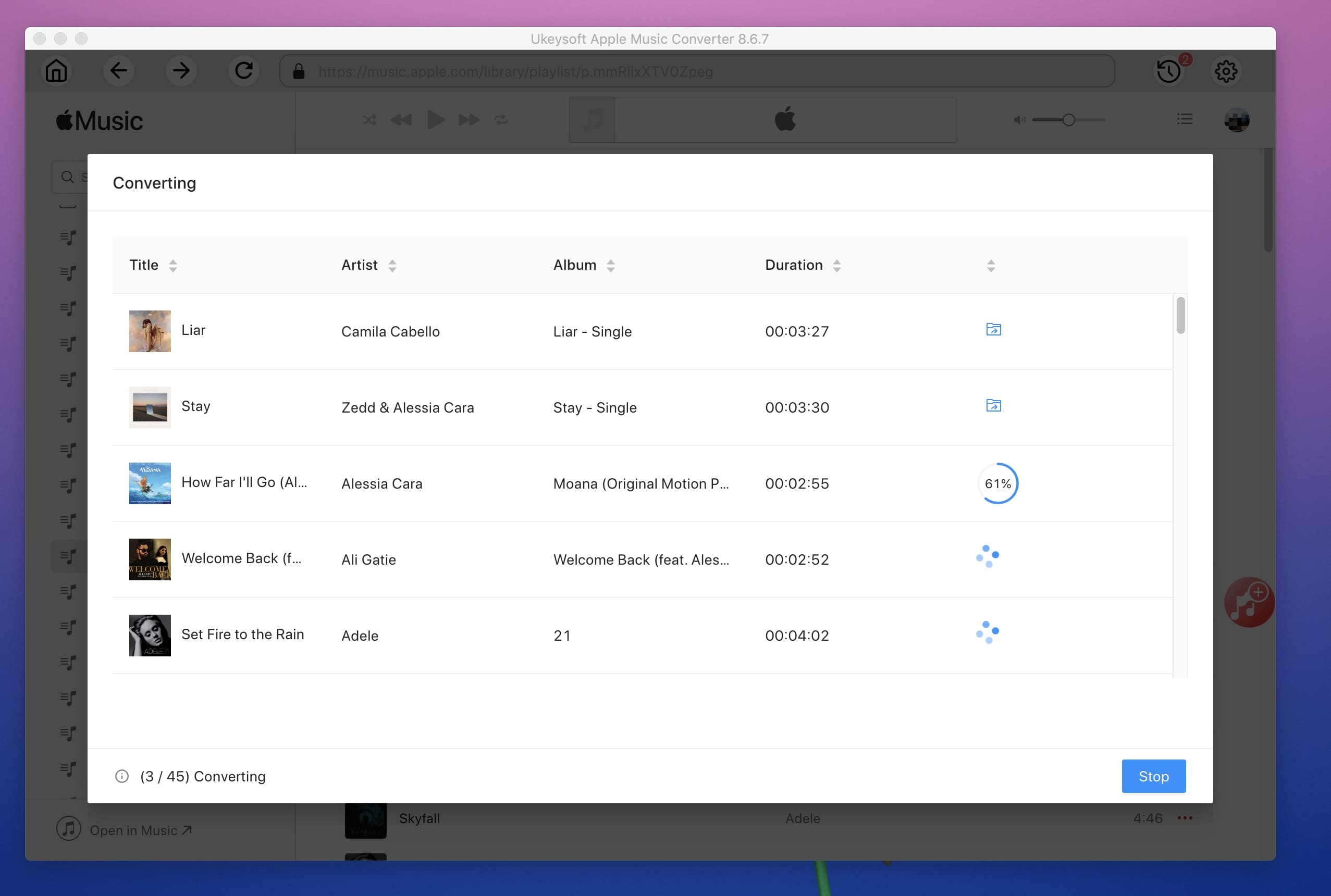 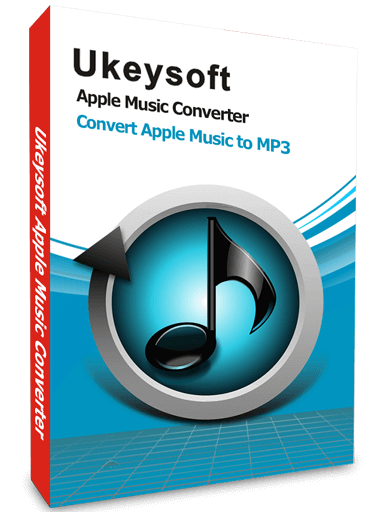 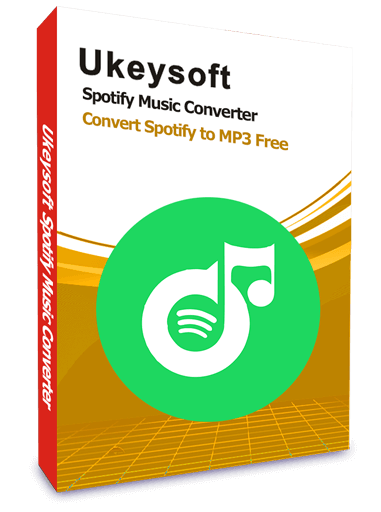 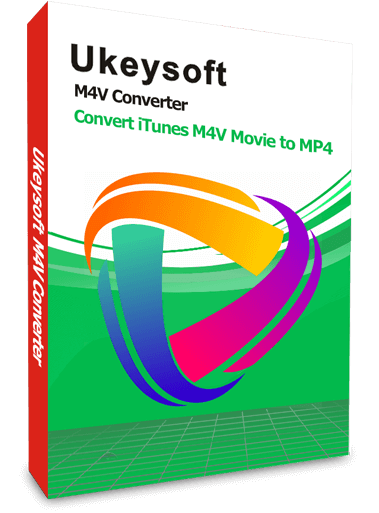